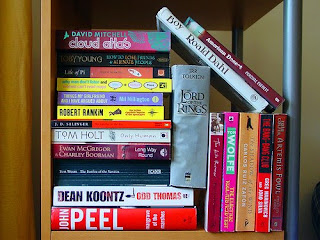 In Part One I talked about four lessons I learned while writing my first novel. Here are another three for you:

So don’t let the fear of how many hours or weeks or months you’ll have to spend dedicated to writing this novel stop you from writing. When it comes down to it, if you set yourself tight deadlines (I gave my writing coach two chapters a week, for example) and meet them, you’ll get your book written so quickly you won’t even know how you could’ve procrastinated for so long.

I hope the lessons I learned while writing my first novel help you to finally get your novel written. Remember, negativity is always going to make your writing “bad.” So keep a positive, upbeat attitude and remind yourself that your story is worth writing, so sit down and write it!

One Reply to “I Did It! What I Learned While Writing My First Novel…and How It Will Help You (Part 2)”