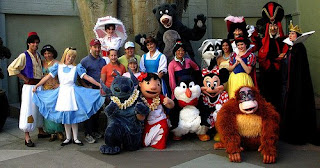 Bestselling romance novelist, Connie Flynn, wrote the article, “Building Three-Dimensional Characters.” And she details a pretty amazing way of creating characters that are anything, but flat.

Here’s how each trait breaks down:

Spine–“Give your character a strong central trait that is somewhat stereotypical,” Flynn says. “Pick something that can be defined in two to four words. For protagonists, this spine will lean toward the admirable. Villains get a spine that leans toward the despicable.”

Supporting Trait–“Next, add a supporting trait that’s consistent with the spine,” she says. “This can be a value, a preference, or a method of expressing oneself. Devoted to family, loves the outdoors, bouncy and outgoing are examples of what can be used.”

Fatal Flaw–“Give your central characters a fatal flaw,” Flynn says. “While greed, envy, vanity and the rest of the seven deadly sins are perfect flaws for villains, virtues carried to extreme usually works best for protagonists. For instance, a nurturing nature can become controlling or smothering. A lighthearted attitude can become irresponsibility. If a more deadly flaw is chosen, it must be well motivated. ”

Shadow–“Last, give the character a shadow (suppressed) trait that is kept under tight wraps because it contradicts the major personality traits,” she says. “The shadow makes room for character growth. As it surfaces, it aids the hero in overcoming the fatal flaw or turning it to his advantage. Furthermore, it rounds out his personality by correcting the imbalance that has stopped him from achieving his goal. Essentially, the shadow is the means for the character’s redemption. ”

To learn even more about using these unique traits to build your own three-dimensional characters, check out Flynn’s article.

To put all this into perspective, I will show you how I used it to create the main character in the novel I just finished writing. Here are the character traits of my main character “Amanda:”

Amanda is a romantic; she believes in true love (spine). Unfortunately, because of this, she tends to wear her heart on her sleeve and fall in love too fast (fatal flaw). This fatal flaw causes her to think that every guy she dates is “the one.” Amanda truly believes in soul mates, which means she also believes people should only get married once in their lifetime (supporting trait). Overshadowing all these traits is the fact that Amanda doesn’t trust any of her boyfriends (shadow).

Read Flynn’s article, then give it a try for yourself. I bet you’ll come up with lots of great, complex characters.

Be sure to come back and let us know how it went for you.